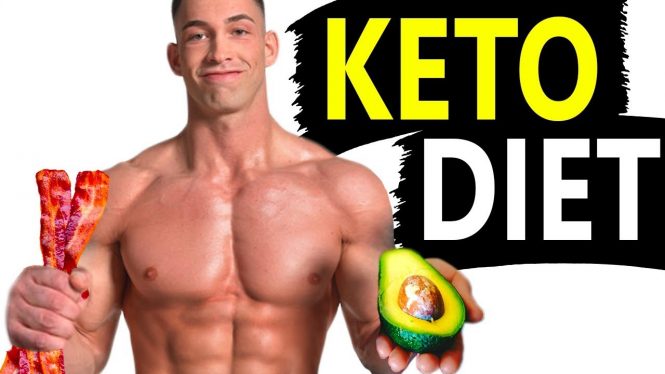 Wondering what is the ketogenic diet? In the Ketogenic Diet explained you will find everything about how to start your own keto diet meal plan for fat loss. You’ll learn keto benefits, risks, and the myths. This is an excellent ketogenic shredding diet for beginners.

You’ve been hearing quite a lot about the ketogenic diet. It’s become one of the most popular diets around and a lot of people are now starting to switch over to keto. So in today’s video I’m gonna give you guys a full unbiased explanation of the ketogenic diet. I want you to understand how it works, how to create your own keto diet meal plan from scratch, and both its positives and its negatives which believe it or not an unbiased explanation of keto is rare to come by due the fact that throughout all of history there have always been those people that would turn a diet almost into a religion or a cult. Thus happened before with Atkins, the South beach diet, And this is happening right now with the ketogenic diet. This ultimately leads to a lot of misconceptions about the diet so there are a lot of things that people are doing plain wrong and you may be making the same mistakes. Let’s start with purpose what’s the purpose of the ketogenic diet. The goal is to Force the body into a process known as ketosis where fats are predominately burned and used for energy rather than carbohydrates. Macros for the keto diet can vary from plan to plan but you can expect to have anywhere from 60 to 75 percent of calories from fat sometimes even more. Then 15 to 30 percent of calories coming from protein, ans 5 to 10 percent of calories coming from carbs. The most common recommended ketogenic macro split is 20 percent protein 75 percent fat and only 5 percent carbohydrates. This is referred to as the standard ketogenic diet. There is also the cyclical ketogenic diet where you would cycle five days of keto with two days of high carbs. Then you also have the targeted ketogenic diet where you’re allowed to have carbs before or after your workouts. And last but not least we have the high-protein ketogenic diet where fat drops down to 60 percent and protein jumps all the way up to 35 percent. Regardless of which ketogenic approach you take the purpose Remains the Same. By drastically reducing carbs and replacing them with healthy fats your body goes into a metabolic state known as ketosis. Now it kills me when certain ”Experts” claim that the ketogenic diet isnt a low-carb diet. KILLS ME! If 5 to 10 percent of your total daily calories are coming from carbs and that’s not a low-carb diet I don’t know what is. Keto is a form of low-carb dieting just like Atkins is a form of low-carb dieting. For the people that treat keto like a religion I can’t wait to read your comments. Either way when you’re in ketosis your body becomes very very good at burning fat for energy. Fats will be turned into ketones in your liver and those ketones will supply energy to your body and your brain. To put it simply your body becomes better at using fat for energy… not only the fat that you eat but also the fat thats stored on your body. One of the ways that it does this is by keeping insulin levels low. Insulin is a fat storage hormone that is released to help shuttle energy from the food you eat into your cells. The ketogenic diet is known to be one of the best ways besides fasting to drop your insulin levels lower. And low insulin levels are associated with fat loss. However there is a misconception out there that your insulin levels will only go up from carbohydrates. Protein will also spike your insulin levels and if you eat enough fats in one sitting especially the wrong ones like trans fats that can spike your insulin levels as well. A lot of people that do the ketogenic diet just go absolutely overboard with the unhealthy foods that they pack into their plan. Sure macro wise a bunch of cheese mayo and bacon will fit into a 75 percent fat allowance. However for your health these foods are not always the best option. Again occasionally having Foods like this as a treat on the keto diet is perfectly fine however from day to day your 75 percent fat allowance is meant to be used on healthy sources of fats such as avocados coconut oil whole eggs olive oil grass fed butter, nuts and seeds and the fat found in unprocessed meat such as beef Buffalo salmon chicken thighs ground turkey or pork just to name a few. Sources of fat with oleic acid have been shown to be really effective at dropping insulin levels as well. You’ll find oleic acid in olive oil and avocados as well as in many other sources. Due to the fact that this diet is so high in fat and mod…